Look, we love our neighbors to the north. In comparing our states, both at the southern end of the Rocky Mountains, you’re right if you think of beautiful mountain views, but a bit of a similar climate is about all that we share. Taoseños believe that we have the perfect mix of location, history, culture, and year-round activities right here in our Northern New Mexico home.

Here are the top 10 reasons that, even by New Mexico standards, make the Taos area unique: 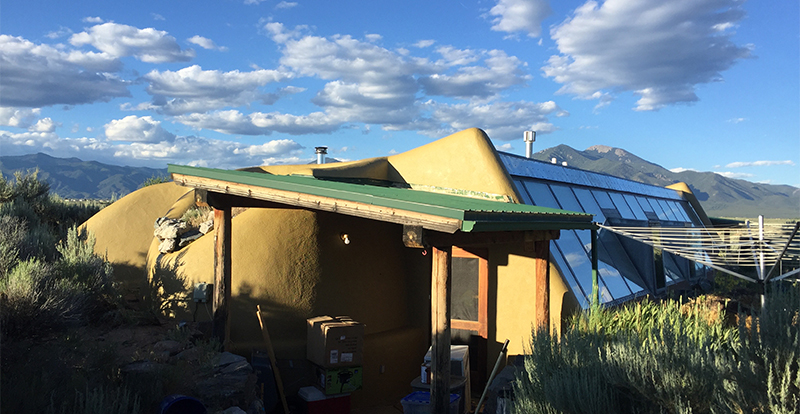 What’s an earthship? It’s an environmentally friendly, self-sustaining home built of natural and recycled materials.In the early 1970s, architect Michael Reynolds wanted to tackle the challenges of growing trash amounts and lack of affordable housing. He did it by building homes made of discarded tires and aluminum cans. Earthships have since gone global but how they evolved can best be seen at Earthship Biotecture’s Greater World Community and its visitor’s center.

The Taos Pueblo has been continuously inhabited by the Tiwa Puebloans for more than 1,000 years. The Spanish came much later, strengthening their foothold in the Taos valley in the 1600s despite battles with locals. At one point, the Puebloans drove the Spanish out but they returned in force, settling the area through land acquisition and trade with the Pueblo people. It wasn’t until 1850 that New Mexico became a U.S. territory.

It began with a broken wagon wheel. In 1898, young artists Ernest Blumenschein and Bert Phillips became enthralled with Taos when their wagon could go no further. They spread the word to their peers, drawing them here, ultimately forming the Taos Society of Artists in 1915. Soon thereafter, intellectuals and writers including D.H. Lawrence and others began to flock to Taos creating an artist’s colony that today draws creatives from all parts of the globe. Visit the Milicent Rogers Museum and the Harwood Museum for works from the original Taos Six, native Puebloans, nearby Navajo, and others. Drop into any of our hundreds of galleries for art of a newer vintage. And don’t forget to check out Taos Ski Valley’s The Blake hotel for its extraordinary art collection that includes works by Georgia O’Keeffe. 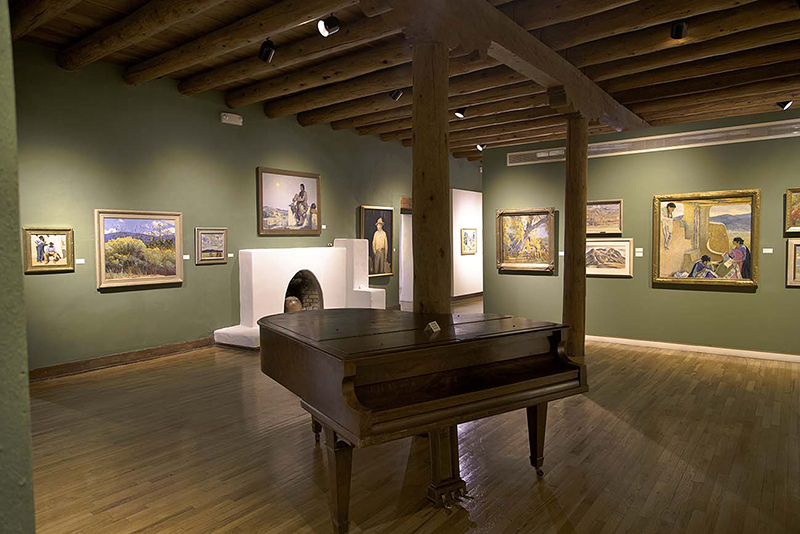 A National Historic Landmark since 1960, and globally significant UNESCO World Heritage Site since 1992, the Taos Pueblo contains the oldest-standing continuously inhabited structure in North America. Built some 1,500 years ago, the multi-storied adobe residential complex still has 150 residents and every year draws thousands of visitors who marvel at it and sample the enduring Pueblo culture through cuisine, crafts, and more. Taos Pueblo is one of three UNESCO sites in New Mexico. The other two are the Chaco Culture National Historical Park and Carlsbad Caverns National Park. 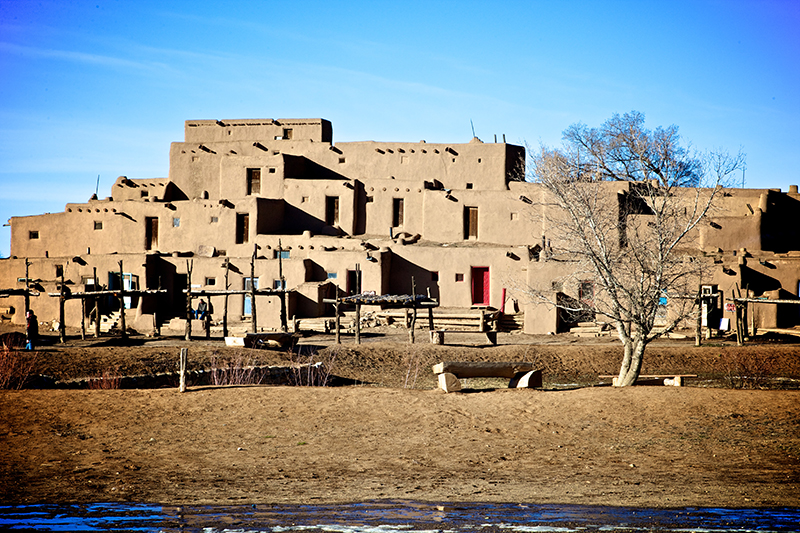 More than 1/3 of New Mexico’s land is protected. That includes national forests such as the Carson National Forest in which the scenic mountain ski village of Taos Ski Valley is nestled, pueblo lands, historic monuments such as the Rio Grande Del Norte Monument, and more. This makes for a giant playground, whether hiking, biking, snow sports, or simply exploring or picnicking alongside scenic high-alpine lakes such as Williams Lake. 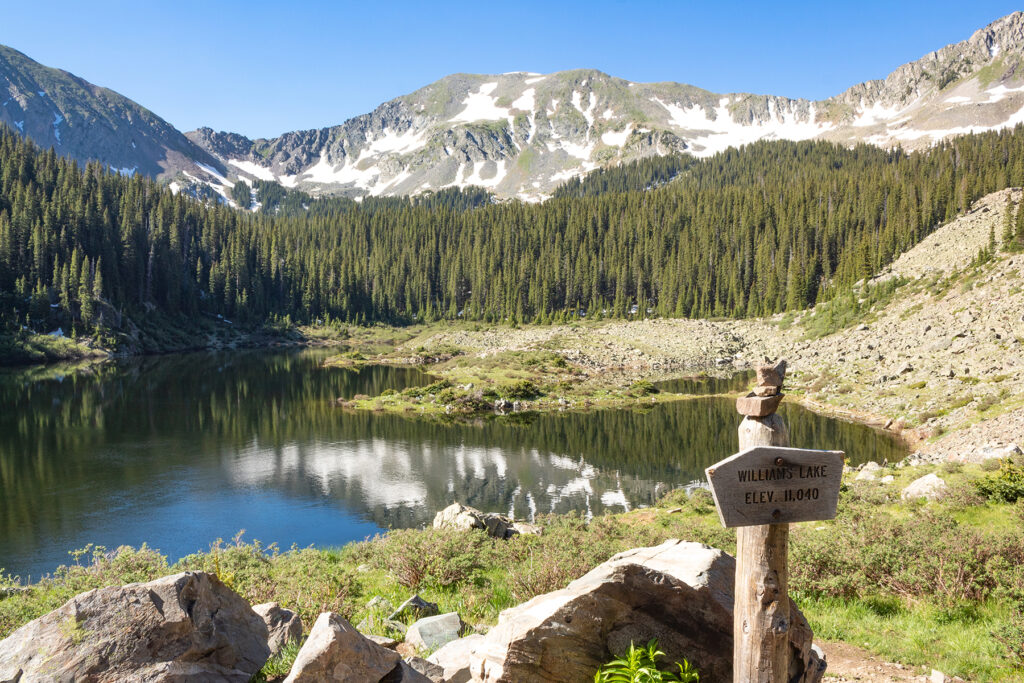 The Town of Taos and Taos County has a small population spread over 1.411 million acres. Our Village of Taos Ski Valley has about 152 permanent residents. That means lots of elbow room for locals and visitors alike to pursue their heart’s desires, whether it’s hiking, mountain biking, fly fishing, horseback riding, or hot air ballooning!

Locals call this awe-inspiring canyon carved by the fast-moving Rio Grande “The Rift”, but it’s officially The Rio Grande Rift of the Rio Grande Del Norte National Monument. This newly minted national monument is a hotspot for rafting, kayaking and fishing adventures down low and miles of hiking and biking trails up top. The west rim offers stunning views of red and orange sunsets that wash the Southern Rockies (where Taos Ski Valley is situated) in various shades of pink giving them their Sangre de Cristo name. The sunset views—plus those of steep canyon walls—are a must-see from either the Rio Grande Gorge Bridge or the less vertigo-inducing but still scenic West Rim Trail.

As the largest volcanic field in the Rio Grande Rift Valley, Taos Plateau is an amateur geologist’s dream. The field contains vents and associated lava flows anywhere from 1.8 million to 4 million years old with a few 22 million-year-old vents. If you went back 22 million years, you’d find yourself in a time when India was colliding with Eurasia, creating the Himalaya Mountains. At 13,159’, Wheeler Peak (New Mexico’s highest, which you can hike via the scenic Williams Lake Trail) is dwarfed by Mt. Everest (elev. 29,029’). Unlike Everest, you can summit Wheeler and surrounding peaks in a single day without supplemental oxygen and still make it to The Bavarian Restaurant to sip a German beer on tap—or enjoy a well-curated wine—while gorging on spaetzel, bratwurst, goulash or other kinds of German specialties. 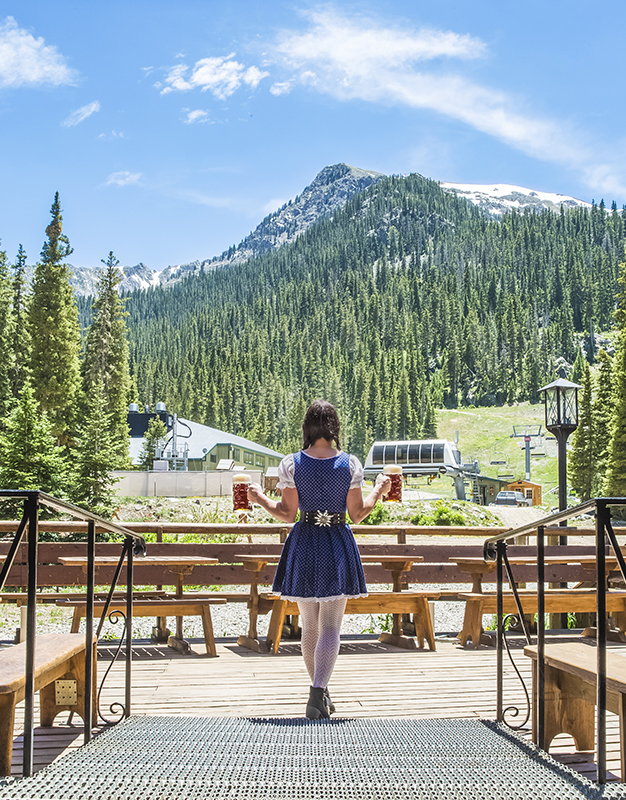 If you’ve been here, you know. If not, visit our Taos Ski Valley Instagram feed or our Facebook page. Or picture with your mind’s eye a wide, rolling plateau of high desert dotted by mesas, volcanic vents, sagebrush, and piñon, torn in two by the thundering Rio Grande, ringed by soaring mountains, illuminated by the almost ever-present high-altitude sun (280+ sunlit days a year), topped by a bluebird sky… with not a single skyscraper on the horizon. These expansive views take you back to another age as they take your breath away. 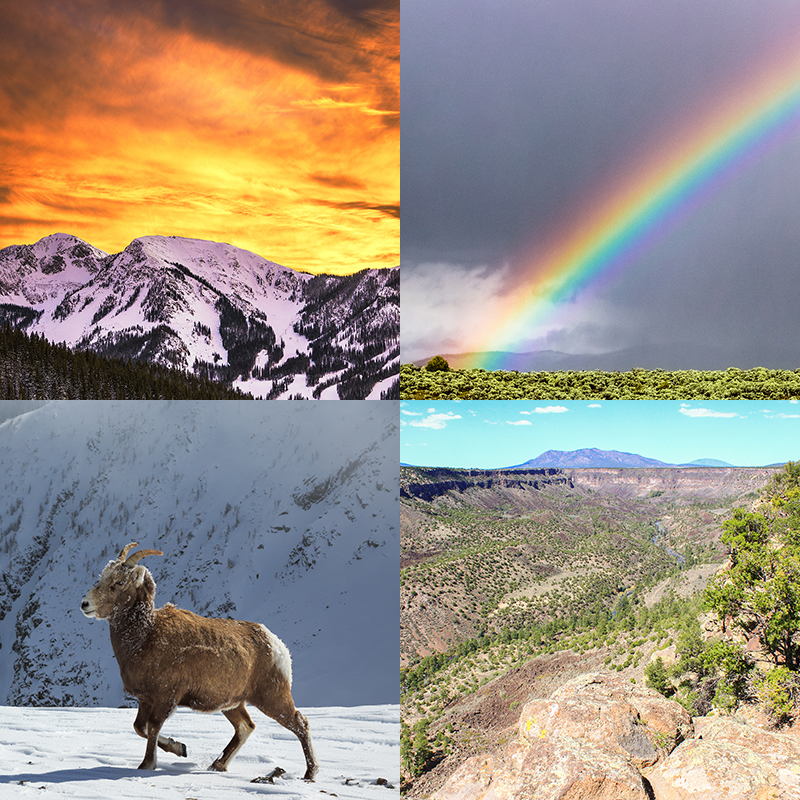 We’re foodies. And since our taste buds rule the day, food and beverage rank first on our list!  In Taos, you can find tasty traditional New Mexican dishes alongside innovative culinary adventures where chefs meld local ingredients and flavors with international seasonings to create something completely new. Hatch-green chile smothered anything (from burgers to burritos) is always recommended, as is plus one of the town’s best margaritas at The Historic Taos Inn. You’ll find many culinary delights at our many fine-dining establishments. 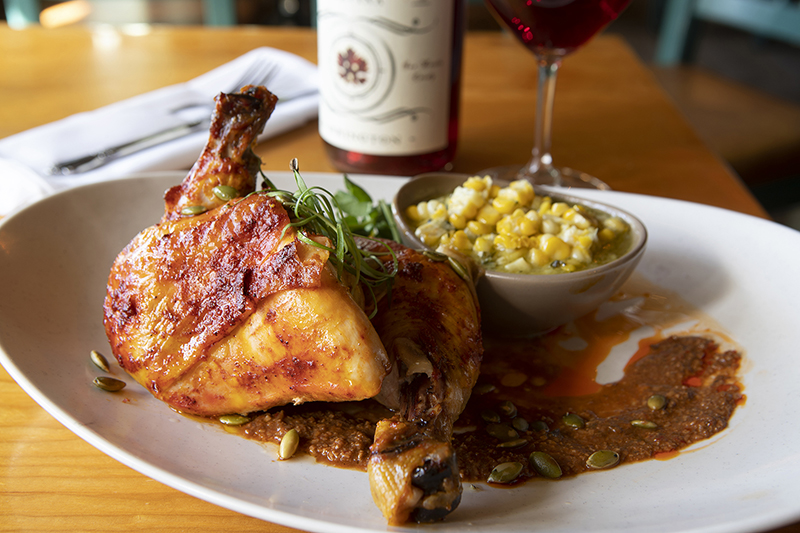 In the Plaza You’re World’s Away

When the snow is long gone and warm days stretch gloriously until sundown, Taos Ski Valley transforms into a summer adventure paradise. Take a couple days off at 9,321 feet. You’ll find the heart of the Valley in our Village at the base area of the mountain. After the lovely…

What is the intersection of long distance running and high-speed hiking? Trail running. Straddling the running and mountain recreation sectors, trail running has never been more popular. The Outdoor Foundation reports that trail running now draws more participants than hiking, with an 8 percent growth spurt in a mere three years. Luckily…